“How many of your parents said you’re fu%k!ng crazy for coming to Colombia?” This is what our native, Medellín tour guide asked us two minutes after meeting him.

I mean, 25 years ago this city was dubbed the most dangerous city on earth. Even 10 years ago, this place was seriously violent with pockets and neighborhoods you absolutely did not want to roam around in, even in the daylight.

I get why 100% of the people on our tour, people from all over the world, raised their hands when Juan asked this question, including us.

But after 4 weeks of living in Medellín I can honestly say that this city is FAR from dangerous and probably the most inviting city I’ve ever lived in. 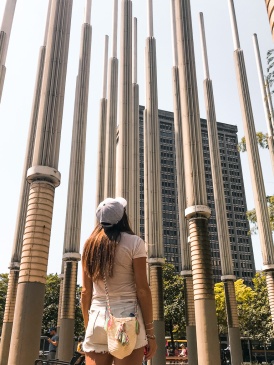 Juan also asked another question, in 3 words what comes to mind when you think of the country Colombia, 9 times out of 10 people answered with: cocaine, Pablo Escobar (he who shall not be named) and coffee. Juan said nothing was “off limits” we could ask whatever question we wanted and he would answer it. People asked a lot about the racial profiles of Medellín, a few questions about Narcos (which Juan crushed immediately and said only about 10% of that show depicted what really happened) and a lot of questions revolving around drugs and the presence they still have in the city.

There were times during that morning where I would catch myself staring into space, staring at Colombian locals that were around 30 years of age or older, thinking about what they must have seen growing up. This city averaged 17 homicides PER DAY at one point during the ‘he who shall not be named’ reign. (Side note: I call him that because Juan said mostly everyone in Colombia hates this terrorist and if we said his name loudly it would spark outbursts by locals 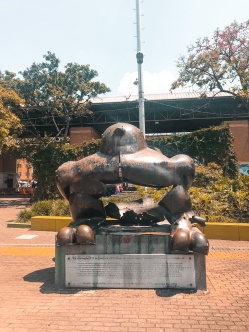 because it brings back such awful memories).

Okay enough of the doom & gloom.

The good news is, this city has overcome a lot and to this day Medellín still has to live with the stigma about being dangerous & unruly which is far from reality. My hope after you read the second half of this post is that you’ll book your ticket here and see what it’s all about.

We chose to live in El Poblado which is a luscious tree lined, hip neighborhood filled with tons of restaurants, cafes, boutiques and bars, located in the hills of Medellín.

It was PERFECT for our 4 weeks living here.

Day 1 in Poblado and we realized that our 3 phrases we knew in Spanish weren’t going to get us very far so we enrolled in some Spanish classes. Gabriela was our teacher at Toucan Spanish School and she was great. There was not one word spoken in English the entire class, come to find out, at the end of our 10 hours together (2 hr classes for 5 days) we found out she didn’t speak a lick of English. Blew our minds. We thought she was just

trying to hold us accountable for speaking only Spanish while we were there. Any time I was practicing my verbs and adjectives in Spanish I would tease Andy and insert English words when I was unsure and she would laugh her ass off. She especially enjoyed how Andy doesn’t have the ability to roll his R’s.

So in short, Gabriela and I had a special bond making jokes about Andy, we now know more than 3 phrases in Spanish and can get through an entire dinner at a restaurant not speaking a word of English to our waiter. Success in my book.

Okay now it’s my favorite part of the blog, to tell you the Top 10 Must Do’s in Medellín:

So if Juan were to ask me again what 3 words would I use to describe Colombia, now having lived here for a month, I’d probably say: resilient, welcoming & strong.

The biggest takeaway Juan wanted us to leave with on our tour was to tell people not about the awful times Medellín encountered but how these people overcame the brutality to make this city one of the most lively of all South America. So after 4 weeks, Andy and I will definitely be leaving with a great sense of respect for this country and would encourage everyone to come spend some time here.

Oh and Andy still can’t roll his R’s, in case you were wondering. 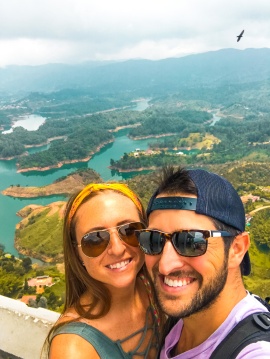 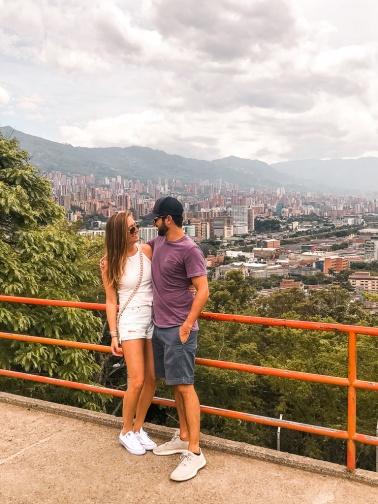